A downloadable game for Windows

Socky's Puppet Show!™ was the most popular kids show on the planet...until a child in the audience was mysteriously murdered. The studio was quickly shut down and Socky's! was off the air permanently. As an investigative journalist, you decide to explore the abandoned building and find out what really happened. Oh, and there's been mysterious things going on. It's fine though! You just need to grab a folder with the info on the accident and you can be on your way...

Episode 1 of Socky's Puppet Show lets you explore a small portion of the studio. Your goal is to find the folder and get out. There's some secrets and extras as well. Once you have found the folder, you can  leave. This is mostly a short backstory to the next one, which will be puzzle focused. Hope you enjoy, follow us for updates on the next episode!

Thank you for playing! Please let us know about any bugs so we can fix them ASAP. If any developers would like to use this premise or any of our art, let us know in the comments and we can contact you :)

NOTE: Please note that this is a short set-up for the next episode which will feature lots more gameplay. Do not expect more than 10 minutes of playtime. Thank you.

Thanks for playing (and persisting xD)! Glad you enjoyed, episode 2 can be found here if you’re interested :D

Socky is a sneaky little sock! The atmosphere is really creepy and the environment looks really good! I believe I found Socky's secret but I'm not sure through. Can't wait for Episode 2!

Thank you for playing! Glad you liked it :) You found part of the secret, there is something in the basement...Can't wait to have you play Episode 2! Really good video :D

The other part of the secret is indeed in Ep. 1. It hints towards some of the backstory and what will happen later. At the end of Ep. 2, you will be in the secret  ;) Ep. 2 will be integrated with Ep. 1 so you can look for that then if you want :D

Now I have to go back and and try to find the other part of the secret. I want to know before Ep. 2 comes out

Thank you for playing! Glad you enjoyed :)

What an absolute blast, unfortunately it was hella short and it had me wanting more. To the dev, Bravo to you for making an awesome experience and I certainly look forward to playing episode 2! Earned my follow and support

Oh man that was a fun pain in the butt WHERE THE HECK IS THE FOLDER process. Short Sweet.. got me GOOD one time.

Thank you for playing! Sorry that you had trouble xD  Hope you enjoyed and will check out the next one. Nice video :DD

the map was ligit from observation duty?!

Not sure what you’re talking about…? The map is not based on any other game

As soon as I recognized it I came to the comments. Yea, this is exactly the maps from I'm on observation duty 4. I noticed it from the locker room. Its almost identical.

It's from the last level, The Station

Looked it up and yes the developers of that game used the same asset pack to create their level. We didn’t purposely copy them though, purely coincidental :)

Nah you’re good :) always cool to see how devs use assets like that

Other than being too dumb to realize I had a flashlight, this was great.  Gameplay starts at :47

Thank you for playing! Glad you enjoyed :) liked the intro xD

Thank you for playing! Hope you enjoyed and will check out the next one :)

yes…really! Thank you for playing! Hope to have you check out the next one, cool video :D

Not worth the download, NOT SCARY AT ALL + WAY TO SHORT \

Sorry you didn’t enjoy the game. As clearly stated in the description, this is a set-up for the next episode which will be much longer and scarier. We hope you’ll update your review to correct the inconsistency

somebody didnt read the description

It looks terrible. I even hope I can leave here alive. Now download it immediately and experience your fear! Good game!

Hi! Absolutely fun! I bet the next chapter will be even better!

Thank you for playing! We’re glad you enjoyed and can’t wait to have you try the next one!

Reply
fawaffle_youtube273 days ago(+1)
this was a super cool game. gave me my friendly neighborhood vibes. it wasnt too scary more chill. but i had fun looking for the answer. its a reaction compilation so is pretty short. i upload daily content just like this so consider subscribing!!
Reply
MagicChickenStudios273 days ago(+1)

Thank you for playing! Really funny video! We hope you’ll play the next one :D

oh I will be

Thank you for playing! We hope you'll enjoy the next one too :D

Thank you for playing! You can definitely expect Ep. 2 to be much spookier o.O

Thank you for playing! We hope to have ep. 2 to you soon :D

I have played your game few days back, great content idea! It needs for sure more jumpscare moments!

I am a YouTube and a Skilled Game Tester, I have made a small game test session for your game with the Gameplay Walkthrough video! Most feedback can be taken from the video, but here is some more:

♦ Game Idea: A very good idea for such a content being made from a TV-Show, I would love to see more developers and game studios take on this and make games related to TV-Shows and Series!

♦ Gameplay: The game respond very good, might need a mouse sensitivity option in the settings for a better experience.

♦ Story: I believe it is better to give a good interesting story for the game, although this is based on a TV-Show, there might be players who have no idea what is this about, espacially the new generation! So maybe even an introduction could make an impact for the story.

♦ Artwork: I like the setting of the game, inclosed offices are a good place for a horror experience.

♦ Audio: With the occuring Sockys, I think it is better to use some scary sound effects, the game would be even more terrifying!

♦ Bugs & Constructive Criticism: I do believe that the flashlight battery running out can turn into an issue, some players might take longer times to explore or to find the ojbective, and with no way to restore the falshlight power, it gets almost impossible to walk around in the darkness.

♦ Things to Double Down on: You have this game on episodes is already a huge plus, most players and content creators I have seen playing indie games are more inclinded to play short games like this one having episodes or chapters to play in the future planned for them. Well done!

I am doing this for the sake of helping developers of indie games on general, join in my YouTube channel for more content like this! I plan to do other things in the future too. Hope this helps anyways.

Thank you for playing! Your feedback is incredibly helpful so thank you for that :D Very entertaining video too

Glad this can be of a help to you! And happy as well since the video is entertaining too XD

Not a bad start, I feel like Socky isn't terribly intimidating in this first episode though :)

Thank you for playing! We tried to make Socky as friendly as possible while still appearing randomly enough too be unnerving. You can expect Ep. 2 to be a lot scarier and longer :)

Not a bad little game although I think that the file that we had to pick up should be a bit more obvious since there were so many files there, but aside that it was good.

Thank you for playing and thanks for the feedback! :)

Thank you for playing! Glad you liked it and thanks for the feedback :D

The game has a nice foundation to it. I kinda wish the puppet had a bit more presence in the game. I would also put the name of the game in the pause menu instead of the horror kit name. But besides that, you got a nice foundation for the game. Keep it up.

Here's my channel for other games I have played. https://www.youtube.com/c/Levont

Thank you for playing! Since the scare system is dynamic there is a chance you won’t see it much, we’re still trying to work out some kinks like that x) We hope you enjoyed and will check out the next episode when it releases, thanks for the feedback!

Thanks for playing, glad you liked it :))

Thank you for playing! Nice video 😀

I adore Socky and absolutely love that THIS is how he actually looks, I have very high hopes for episode 2!! (This is the second game on the video)

I'm very excited for that!!!

I love the look of Socky being a doodle but in a horror setting.

Thank you for playing! Glad you enjoyed :D

Hello. This game is definitely well made! Loved everything about this game. I had NO CLUE I had a flashlight till I hit TAB. Great game overall and I'm surely will play this full version OR part 2 when it comes! Game here:

Thank you for playing! Always enjoy your videos :) 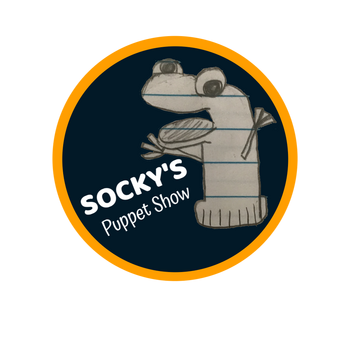